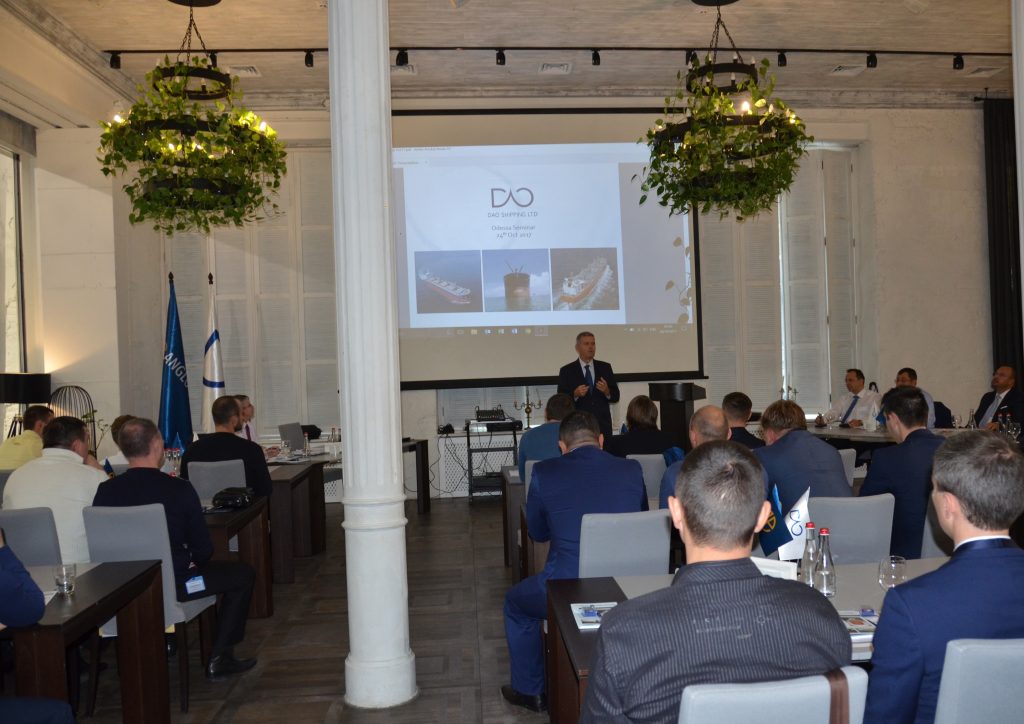 DAO Shipping has been an Anglo-Eastern’s VIP client for more than 5 years now. The annual seminars, jointly held by DAO Shipping and Anglo-Eastern Ukraine, bring together the shipowners, the ship managers, and the officers, serving aboard DAO Shipping vessels, to make their cooperation even more successful and fruitful.

On 24th of October 2017, Odessa hosted yet another DAO Officers’ Seminar, held in Aleksandrovskiy Hotel in the historic center of the city.

The event enjoyed the participation of the special guests, including:

The Seminar started with the welcoming speech of Capt. Oleg Lukyanchenko, Director of Anglo-Eastern Ukraine office. It was followed by the joint presentations, held by both DAO and AE Glasgow Teams. The presentations were interactive and very engaging – both junior and senior officers took an active part in the discussion and, as they commented later, found them exceptionally useful.

Mr. Omri Dagul and Capt. Nikolay Petkov, the representatives of DAO Shipping, outlined a number of important issues of DAO Company business activity, namely, Company’s current position, its prospects, and expectations. Their presentation sent a positive signal to all the parties and was warmly welcomed by the Seminar  participants.

The presentation of Anglo-Eastern Glasgow team covered various areas of concern of ship operations. The speakers looked at the different measures to be implemented to improve ships’ performance. The report devoted an assiduous attention to the analysis of recent case studies from DAO fleet. The emphasis was also placed on the need of accurate and honest reporting.

The Seminar was attended by in total of 59 officers. It was reportedly important and valuable experience for them as they had an opportunity to interact freely with the representatives of DAO Shipping, AE Glasgow, and AE Ukraine.

The Seminar participants could further enjoy their communication in less formal environment during the buffet dinner with live music at Cellini Restaurant of Alexandrovskiy Hotel.

Anglo-Eastern Ukraine has received many positive feedbacks from the officers, who took part in the Seminar. They expressed their appreciation of DAO Shipping’s and Anglo-Eastern’s joint efforts to communicate directly with the Owners, Managers and colleagues and providing them with the latest information on the range of important issues.