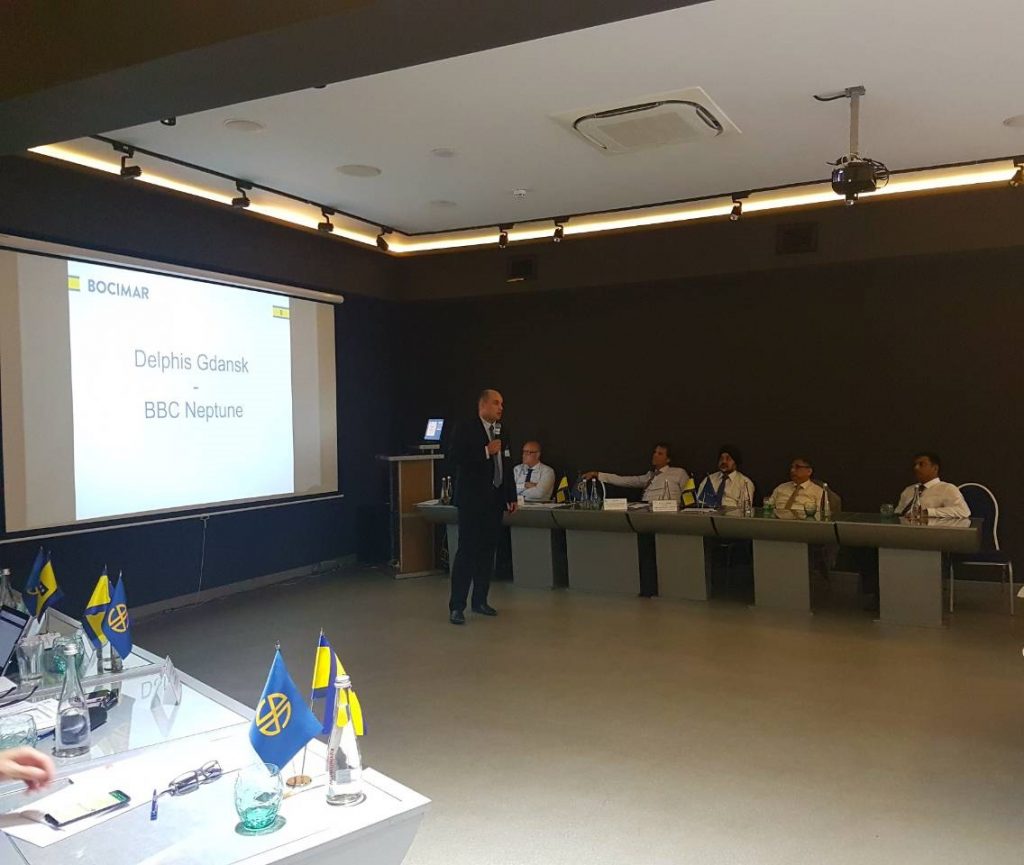 The joint seminar of BOCIMAR and EBE, held on the 6th of June, 2018 in Odessa, became the first event to open the three-day marathon of intensive, but very efficient and fruitful activities the Ukrainian seafarers were engaged in.

Bocimar has been one of the principal customers of Anglo-Eastern Ukraine for over 9 years now, and the cooperation between the two companies has proved to be successful and effective. Ebe has handed its vessels to AESM management quite recently – two years ago, however even this short period shows that the prospects of such cooperation are really bright.

The seminar, which took place in the conference hall of Marlins hotel, was opened by Yash Kumar Chawla, Fleet Director at Anglo-Eastern Antwerp. He welcomed the seminar participants and provided a number of valuable insights in his key-note address. He also placed the emphasis on the upcoming new regulations and the ways to prepare to them.

Port State Control remains one of the most pressing issues for any vessel in any fleet. Capt. Gurbinder Tiwana, QHSE Senior Operations Manager (Anglo-Eastern Antwerp) spoke about fleet PSC performance and ways to improve it.

The seminar participants were particularly enthusiastic about interactive activities, which followed the reports. One of them – the Break Away groups – implied “the teaming-up” of the Owners with group of senior officers to discuss in more details the case studies and issues, related to the specific aspects of vessel operation.

The seafarers also gave a very positive feedback about traditional Open House – a rare opportunity of face-to-face interaction between the officers, operators, and owners, which always contributes greatly to establishing trust and thus better communication between the parties in the future.

Did you find apk for android? You can find new Free Android Games and apps.
Previous post Invitation to Anglo-Eastern Group Seminar in June Next post FEDNAV Seminar in Odessa