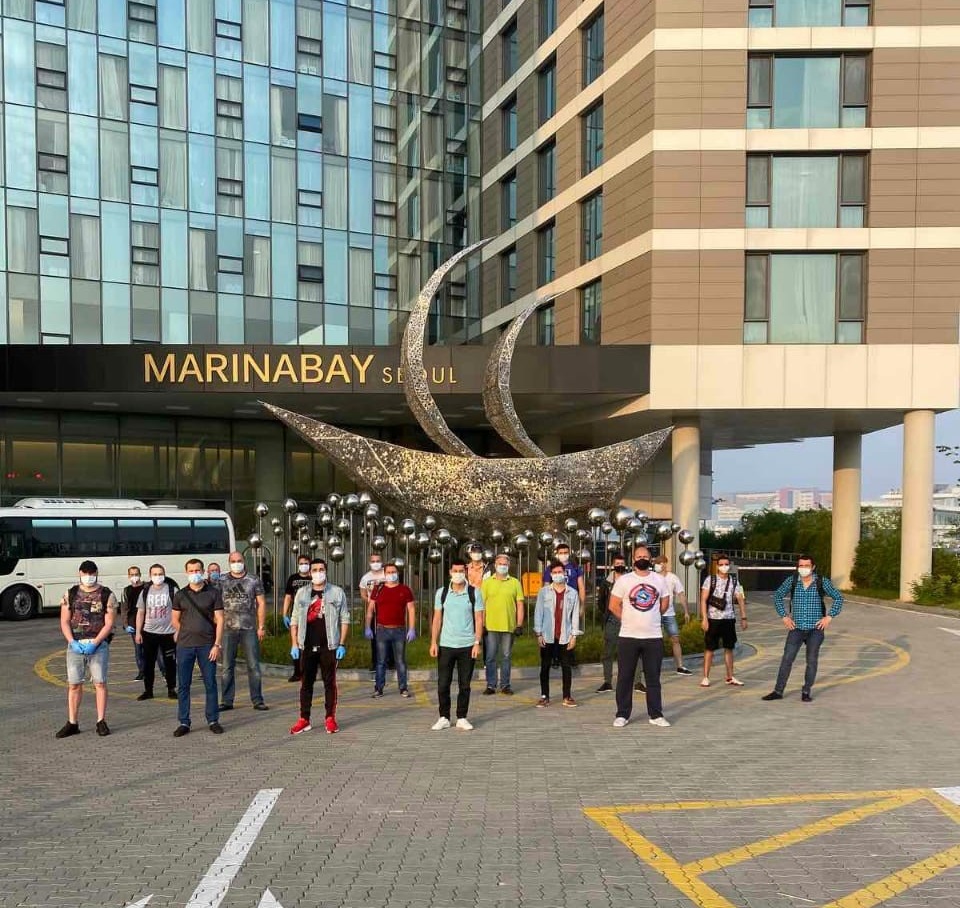 Embarking the first crew on a new-built ship may sound half as complicated as a full-fledged crew change, as there are fewer crewmembers involved. But what if the COVID-19 pandemic is at full swing and a new-built is at the shipyard in China? M/v Mineral Qingdao, a new vessel of Bocimar – an Anglo-Eastern’s long-standing partner and friend – was anticipating her all-Ukrainian crew for quite a bit of time. Twenty crewmembers, who were stand-by since late December 2019, echoed the sentiment. But the escalation of COVID-19 situation and the travelling restrictions introduced by many countries, including China, delayed the vessel’s takeover for a long time.

Anglo-Eastern Ukraine and Bocimar, with the support of Anglo-Eastern Antwerp office, were doing everything in their power and beyond to solve the problem of the crew transition to the shipyard in China. At some point, it became the matter of the countries’ MFAs negotiations, but no real progress was on the radar.

After a few months of struggling over this undertaking, the solution was found – the interim Chinese crew was arranged for transiting the brand-new DWT-206,000 t bulker to the Korean port of Busan. The official takeover ceremony took place on July 2, and four days later, the Anglo-Eastern crew embarked on the vessel.

Respecting the Korean regulations on travelling during the pandemic, the Ukrainian seafarers arrived in Korea in mid-June to spent two weeks in Seoul quarantine facility, where even stepping out to the corridor was seen as a violation. Despite months of delay and associated constraints, all the crewmembers, scheduled for m/v Mineral Qingdao, proved their loyalty to Anglo-Eastern and Bocimar – the crew list, drawn up months ago, saw no changes.

This unrivalled experience showed the critical role of working as one team – especially in such a demanding environment. Thanks to the joint efforts and collaboration of Anglo-Eastern and Bocimar and commitment of the seafarers, this complex endeavour was accomplished with flying colours.

Did you find apk for android? You can find new Free Android Games and apps.
Previous post COVID-19: Anglo-Eastern Ukraine office precautions Next post Training activities during the lockdown