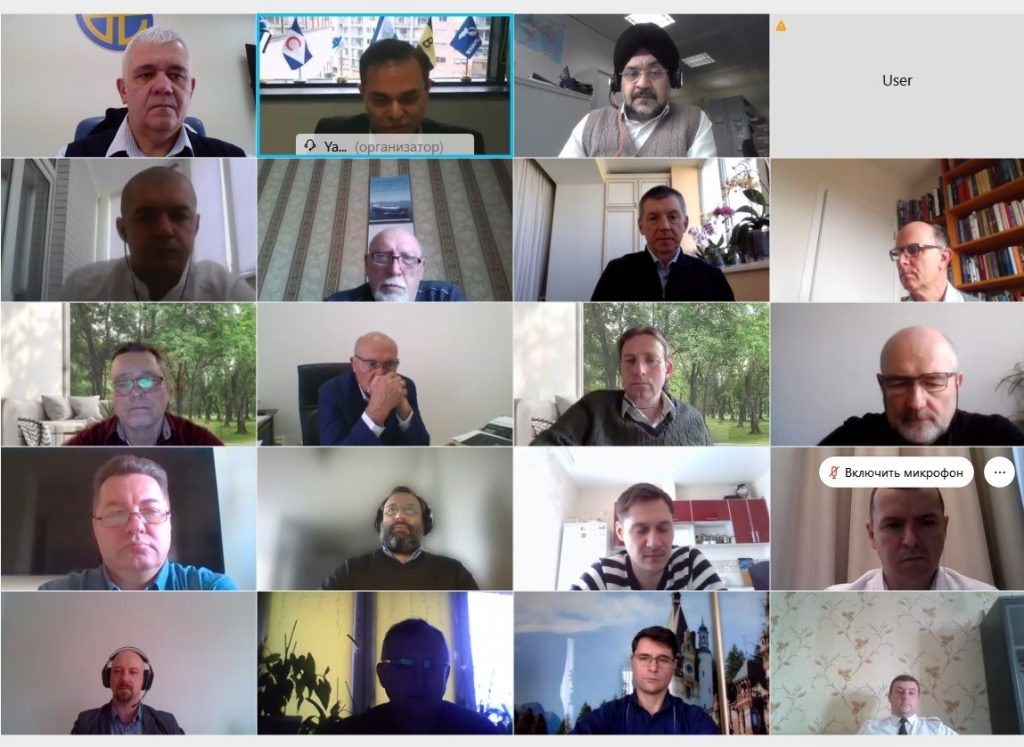 Since the global pandemic outbreak, the seminars and workshops have switched from face-to-face to screen-to-screen mode. Yet, they remain informative and engaging – all the participants are looking forward to these events.

On the 17th and 18th of March, BOCIMAR and EBE, the Anglo-Eastern’s long-established partners, held the webinar for senior officers – all Ukrainian nationals, serving onboard of Bocimar/EBE ships. The seminar brought together over 50 people – the officers and the representatives of the shipowners, Anglo-Eastern Antwerp, and Anglo-Eastern Ukraine.

The seminar was kick-started with the opening remarks by Mr Yash Chawla, the Fleet Director of Anglo-Eastern Antwerp. He expressed his appreciation for seafarers’ dedication to their work and commitment to the company they display under such probing conditions.

Mr Chawla then shared his insights into addressing the issues of maintenance fleet vessels. The next presenter, Operations Director (Antwerp) Capt. Gurbinder Tiwana, spoke about Antwerp Fleet Incidents, while Capt. Andriy Matviychuk, the Marine Superintendent and FPD Coordinator at Anglo-Eastern (Antwerp) focused on injuries’ preventive measures on the Antwerp fleet. Both speakers emphasized that reaching the zero-accident level is among Anglo-Eastern’s top priorities. Day One of the seminar was rounded out by the Capt. Andriy Boyko, Deputy of Director of Anglo-Eastern Ukraine. He brought to the spotlight the weighty matters of Port State Control and AMSA.

For almost a year now, no seminar fails to discuss one of the most pressing issues of the modern shipping industry – crew changes difficulties amid Covid-19 restrictions. This event, too, discussed the matter – Capt Andriy Matviychuk provided a detailed analysis of challenges the participants of the crew change process face in the largest marine hubs around the world.

The reports were followed by the open-house format, where the officers enjoyed the opportunity to ask the questions and take part in the discussion, including with the representatives of the shipowners: Capt. Ronald De Pauw – Operations Director, Bart Rombouts – Technical Director, Lieven Van Eetvelde – Technical Manager. The seafarers said heartfelt thanks to Bocimar/EBE who keep taking every effort to perform timely crew changes, even in such a demanding environment.

“In pre-Covid times, Anglo-Eastern Ukraine used to host one or two Bocimar/EBE seminars a year, – says Andriy Boyko, Deputy Director of Anglo-Eastern Ukraine. – Such events have proven themselves as remarkably efficient because they provide insights into various aspects of seafarers’ work and the latest updates on industry’s regulations and requirements. But what counts most, these seminars also establish the bond between all parties involved: the shipowners, ashore staff of Anglo-Eastern offices in Odessa and Antwerp, and the seafarers. Now, when the global pandemic prevents us from getting together off-line, it is even more important to hold such events to strengthen the ties between all the links in the complex process of shipping”.

Did you find apk for android? You can find new Free Android Games and apps.
Previous post Anglo-Eastern Ukraine is recruiting officers for the following positions: Next post DAO shipping held a series of seminars for Ukrainian officers